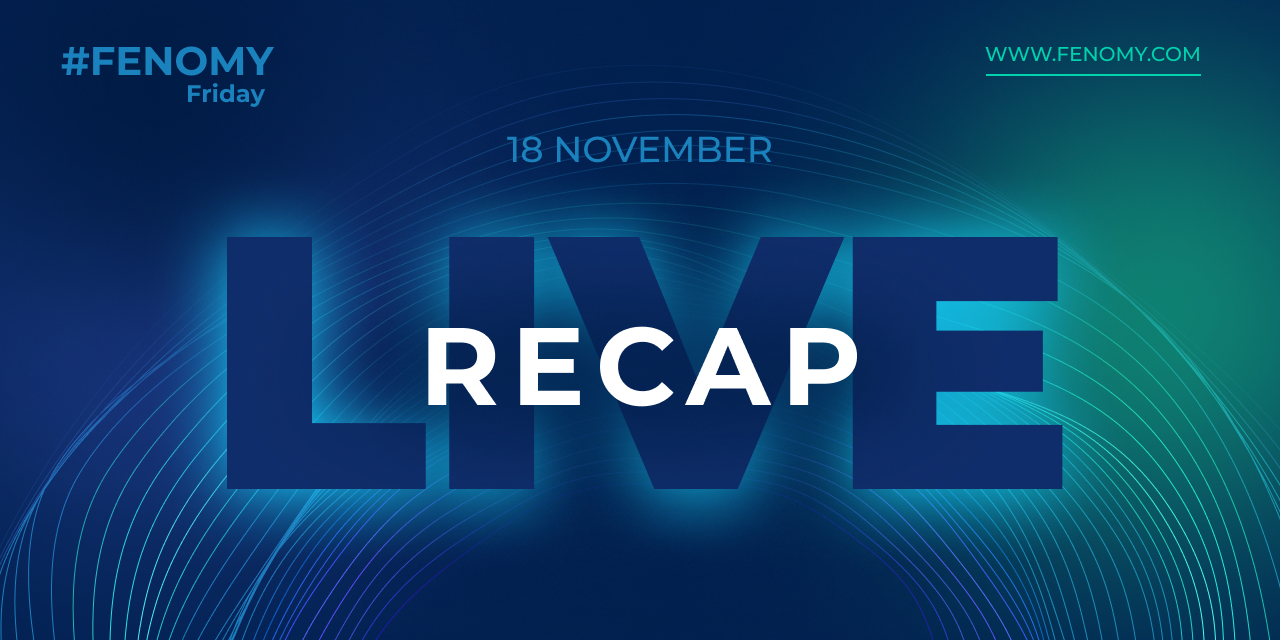 Our web app update is moving forward as planned. The Helpdesk redesign is moving along with the language pack. We are adding new possibilities and optimizing the mobile browser experience.

The new version of the tracker is coming soon and will be visually better and more convenient to use.

Phase 3 of blockchain testing is underway and will continue through to March 2023. Throughout testing, the load on the system will be increased with an addition of 2 new tasks for system members.

The team is working on a new version of the mobile app, and it will soon be available via APK for everyone who wants to take part in testing and subsequently, it will be rolled out to Google play store. The new version will be specially interesting for everyone who is helping test the blockchain.

We are also working on the internal exchange. The new version will allow for a two-way automatic exchange of FNM coin↔ FENOMY token, and there will be an addition of new pairs.

We have professionals from different fields working on the project, so they can work on different aspects at the same time, and that means we can bring out big updates.

The 3rd phase of testing

The goal of the 3rd phase is to test the effectiveness of all system tasks. Currently, there are 2 types of tasks, creating blocks and confirmation of blocks.

The new tasks are tied to transaction confirmation. These tasks can only be completed by those members who fully comply with the conditions to do so.

Also being implemented are types of transactions depending on their importance. The more important transactions require blocks that were created and confirmed by members with high indexes. These blocks are valued higher and will generate more income.

The level of trust for system members is dynamically determined and relies on:

- the stability of the member in the system

- the percentage of confirmed blocks to the amount of created blocks

- the speed at which you validate your blocks

- The total balance of FENOMY BEP20 tokens on linked wallets - more than 10,000 FENOMY.

*these terms may change over time, we will notify when there are further updates.

If you don’t meet the conditions, rewards for completing network tasks will remain until January 1, 2023, but will be significantly lower.

In addition, the stability of the participant and efficiency in the network will affect reputation – it can increase or decrease. The requirements to participate in transactions of high importance will grow and change over time.

If you plan to grow with our system - work on your reputation and other indicators. Even now, the higher the indexes, the higher the rewards. Using multiple profiles becomes less advantageous than using one with high index scores. The use of many profiles becomes inefficient because the system may refuse to assign tasks to these types of profiles. We already have partners that get rewards in the sums of 5, 10 and even more than 20 FNM per day for completing network tasks. New tasks will become available as soon as the app update roll-out.

It is essential that the number of system members grow because it allows us to launch the component in full in less time.

We are going through a planned increase in staff. Over the past month, two more developers have joined the team and are already successfully fulfilling their duties. We are waiting for two more specialists who will start work before the end of November.

We are also negotiating with our partners. There is optimism.

How can I use the FNM I got in the app?

You can exchange the FNM for FENOMY tokens in the web app. The minimum sum you must have to exchange is 50FNM.

What are the features of the groups in the app: friends, family, etc.?

Those aren’t groups. It is just an indicator, who the people from your circles are to you – your family, friend, or colleague. It’s your choice where to put them. If you recruit more people, you will get bigger rewards. So, the bigger your circles get, your reputation grows, the more rewards you receive.

If someone gets the secret code to enter my Fenomy profile, he can link my account to his wallet and steal the FNM I have on this wallet. Do you have 2-factor authorization or something else to protect against the theft?

If someone gets your secret code, the main thing for him is not to get your mobile phone. Because the phone has its chain of blocks, which is stored only on it. If there is a data leak, then without a chain for the last specified period—it is set by each user—no one will be able to perform any operations. Without the initial data from the device that stores the chains of blocks, operations are impossible.